Research into Life, the Universe and Everything
https://forum.antiquatis.org/

You have at last discovered the true, universal secret that governs the universe. You can save humanity with it, but humanity will only listen to celebrity influencers. You have to spend the rest of your life teaching the secrets of life, the universe and everything to Paris Hilton, who continues to remark that these truths are not hot.

You got that right! And Paris Hilton will teach them to Congresswoman Alexandria Ocasio-Cortez to force them into schools!

Though you have to love "Unemployment is low because everyone has two jobs"... "people are working 60, 70, 80 hours a week and can barely feed their kids." (Actual: only 0.2% of the workforce hold multiple jobs, with an average income of $1350/week).

by Ilkka
Some names can be funny in other languages where they mean something else. This is one of them.

That is funny... but it works with the song!

ISMO: She sells sea shells by the sea shore

Not only funny names, but funny phrases...

Re: ISMO: She sells sea shells by the sea shore

I remember that one saw it some time ago. I get how difficult it is actually to say that phrase as a foreigner learning to pronounce correctly, in finnish language there is some of those types of phrases too.

It is funny though.

by Carlos
You're trying to scare me with this old trick?

by Ilkka
This video is hilarious my stomach hurts

Greetings, from The illuminati world elite empire. Bringing the poor, the needy and the talented to limelight of fame, riches, powers and security, get recognized in your business, political race, rise to the top in whatever you do, be protected spiritually and physically! All these you will achieve in a twinkle of an eye when you get initiated to the great Illuminati empire. Once you are initiated to the illuminati empire you will get numerous benefits and reward.

Note: that this email message was created solely for the purpose of our recruitment scheme which will end next month and this offer is for unique ones only, if you are not serious on joining the illuminati empire, then you are advise not to contact us at all. This is because disloyalty is highly not tolerated here in our organization.

Do you agree to be a member of the illuminati new world order? If YES!. Then kindly reply us back on our direct recruitment email only at: infoilluminati@qq.com

Please note, Kindly make sure all your response are send directly to the email stated above only at:> infoilluminati@qq.com For more instructions on our membership process.

Note: Some email providers incorrectly place official Illuminati messages in their spam / junk folder or promotion folder. This can divert and exclude our responses to your emails.

by Ilkka
Seems legit Chris. Go for it, time is running out

Maybe they send you that bubblewrap costume and teach you the secret handshake.

The spiritual protection seems quite targeted in my opinion in that email.

PS. Dont know if that mr. green smilie is sarcastic but I used it as such.

Reminded me of this pic, What was the number one rule of "Fight Club"? - "You do not talk about the Fight Club".

by Ilkka
It is known in these parts that finnish has compound words that are quite long and today I found just the one that is a monster to pronounce.

I find this funny, because of how long the word is, belongs into medical science that one, related to picolinic acid. I believe it is relatively easy to find english words for that one, since it is constructed of loanwords from other languages, mainly english I believe.

by Djchrismac
The next stage 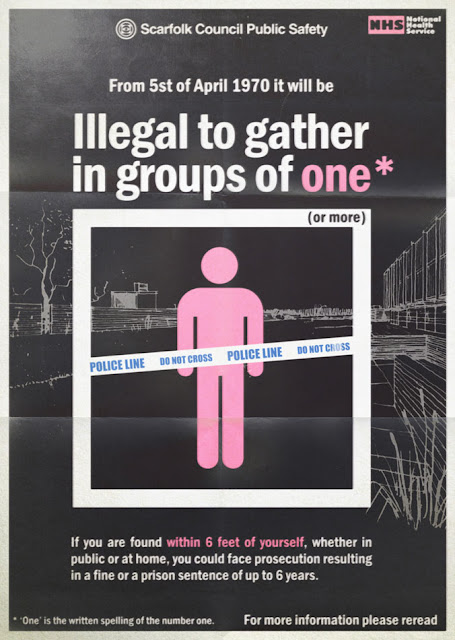 by Djchrismac
Time for more comic relief. You all know the classic South Park take on Scientology yes?

As brilliantly funny as this is, someone that is clearly a spook has done an 8 series production that takes this to a new level and it is ridiculous! I started with the first one and skipped through very quickly, chuckling as I went and laughing at the narrator, the comments by so called youtube users and the director (he posts on every video that the Government has banned his videos while he still releases teasers) but I don't recommend you do this, it is a waste of time.

Instead, watch only 10 minutes or so of video 5 (46 mins to 56 mins should be quite enough) as it is pure comedy gold!

THE KNOWLEDGE OF THE FOREVER TIME (Episode #5) THE STARGATE FOUND!
https://youtu.be/kgmanZphjyA?t=2916

It is a funny enough before this point with the nazca sun spider(!) and his solar web but at around 48 minutes in he starts going on about Coronal Holes being cold spots we can fly into, a wormhole connected to New York(!). It gets even better when the narrator (who sounds just like a South Park character) at 52 minutes discusses "flat space" and black holes with the white dwarf sun dropping through in a wormhole.... cave paintings... I can't even begin to describe this you just need to watch it as it is quite unbelievable that the spooks are coming out with such utter nonsense that flies in the face of any logic, they have a really low opinion of our intelligence.

The comments are full of praise by either fake accounts or gullible fools, with only a few people calling it out for the nonsense it is, coming from accounts with no activity to make people think they are fake accounts! You couldn't make it up, well actually they have!

Enjoy, for a brief spell, then turn it off quickly as you will feel brain cells slipping away the more you watch it.

This is a genuine quote from the narrator:

"We must abandon the thoughts of the human mind and instead receive the thoughts of an enlightened mind, which to us is alien. Each one of their paintings are created with interdimensional heiroglyphics. It is information in one object that is layered with additional information in multiple dimensions. Look closer, open your mind, don't trust your history, don't trust our science, trust theirs*."

*referring to the technological alien space spiders who are watching us from inside the sun.

"We must abandon the thoughts of the human mind and instead receive the thoughts of an enlightened mind, which to us is alien. Each one of their paintings are created with interdimensional heiroglyphics. It is information in one object that is layered with additional information in multiple dimensions. Look closer, open your mind, don't trust your history, don't trust our science, trust theirs*."

*referring to the technological alien space spiders who are watching us from inside the sun.

That sounds funny to read even "interdimensional heiroglyphics"
The alien space spiders in the sun were too much to handle though that really tells you that those who believe in that stuff are quite stupid or have been taught to believe that from childhood, like other new age (older ones too) religious nonsense. It reminds me of that Blue Avian stuff only the name though never registered that much of it either

PS. Didn't bother to watch the video now, maybe later when I am in the mood.

by trippingthelight
Rather than derail the Coronavirus thread with these, I'll post here.
On a Brass Eye style comedy note, I've been watching this guy for a while, he's really funny and this short video he hits the Brass Eye/Day Today absurdity.

trippingthelight wrote: ↑
Tue Jul 07, 2020 4:44 am
Rather than derail the Coronavirus thread with these, I'll post here.
On a Brass Eye style comedy note, I've been watching this guy for a while, he's really funny and this short video he hits the Brass Eye/Day Today absurdity.

Good laughs I like his humour. I understand sarcasm