Has anyone been watching The OA? I was instantly hooked on the first season and just finished the second season. The series involves follows a woman, Prairie, who re-appears after being missing for 7 years and begins to tell her tale of where she's been to a group of villagers. It turns into a bit of a mindbender as the story evolves and challenges standard 'reality' and deals with near death experiences, mythology, jumping alternate dimensions, accessing unlocked memories of past lives, a red dress and something else that has been a subject of other posts on here..........a giant octopus called 'Azrael' that communicates through her.


Azrael is an angel in the Abrahamic religions. He is often identified with the Angel of Destruction and Renewal of the Hebrew Bible

I would guess this octopus is similar to the macrobes influencing our reality. During this particular scene the octopus tells Nina (Prairie in another dimension) that he can show her her true face if he kills her for 37 seconds. Is this a glimpse of reality as it is? Reminds me of 'That Hideous Strength' by CS Lewis and other parts later on the story remind me of Voyage To Arcturus and the window that the lead character in the book looks through to see reality and how it is being influenced by the macrobes.


and it helps that Brit Marling is well....ahemm....quite easy on the eye 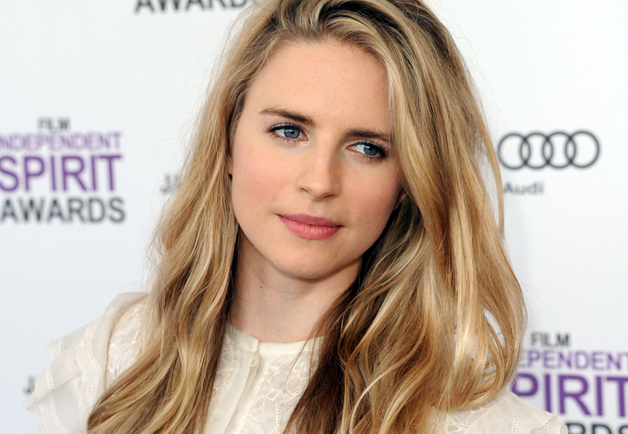 I saw the first season and enjoyed it. I thought there were quite a few interesting moments, particularly when the head scientist was investigating Saturn as part of his research. Some believe that Saturn (or one of its moons specifically) is used as a staging area for the Archons to interfere in our experience of physical reality. I believe the thought is that there is some type of projection equipment that they use to overlay what would be our natural reality and experience in the physical sector (ie our human incarnations). I believe Norman Bergrun's work "The Ringmakers of Saturn" touches on this.

If I had a complaint about the writing it would be that they seemed to use NDEs simply as a vehicle to set up the story rather than revealing any specific point. I didn't feel like the writers were engaging in any specific commentary, which I had hoped they would since they directly bring up life, death, and the nature of reality, but never seemed to get to a point. My observation about Saturn is a good example. We see the head scientist watching Youtube videos about Saturn, but then that never gets directly addressed in the series. I was relying on my background of Saturn to draw assumptions about what might be going on. I don't think there really was a point. Or if they were trying to say something I missed it. I have not seen the second season yet.
Top

I think the series is full of little pieces of the story hidden in plain sight and i would think these very things would eventually be addressed as the show progresses. The NDEs connect with Saturn though as there is a sound recorded from an NDE that is matched with NASAs sound from the ring of Saturn which is where OA, in her NDE, travels to.

The references to Saturn goes some way to explaining this episode of season 2 if you can connect the dots and see it is implying that something is obscurring our reality. Season 2 also featured 6 black cubes which again references Saturn.

I have material on Saturn to read as lots of things do keep arching back to this. I'll have a look at Norman Bergrun also.
Top

I enjoyed Season 1 and I've only seen the first episode of Season 2. Looks to be a mind-bender.

As far as the discussion of Saturn and a Hebrew (Jewish) Angel goes, it doesn't surprise me, but I am curious to see how the context between the two pans out.

The Jewish religion is a Saturnine religion, which is why their Holy Day is Satur(n)-day.

They also own most of Hollywood, so, again, I'm not surprised this series has taken a seemingly Jewish twist, but since the OA has explicit, spiritual overtones, I'm curious in what direction it was taken.
"Classical historians traditionally dismiss tales of magic as unworthy of scholarly attention, but to us any mention of a witch's broomstick or wizard's wand evokes the smell of a scientist's laboratory." The Sphinx and the Megaliths
Top
Post Reply
4 posts • Page 1 of 1